I went back to the park after my phone was recharged…and so was I!

First off I hit Backlot Stunt Coaster. I expected this to be a fun little family launch coaster, but it was extremely intense. Probably the most intense in the whole park! It kinda felt like Maverick at CP. I blacked out numerous times!

Next, I went to Vortex! I love arrows and was proud to make this my 75th roller coaster! Great coaster,but its not quite as good as Viper. Still quite amazing though.

Then I went next door to Windseeker. This was my 3rd Windseeker I’ve ridden. It was honestly my least favorite too. The placement for this ride was in a back corner and really offer much…

Then I went to Diamondback on my way to get some easy credits!

This was my first “hang and bang”. It wasn’t too bad. A little bumpy, but it was too slow to have bad head banging. Quite fun actually!

After that I went to Woodstock Express which was much than I thought it would be, but it was still fun for a tiny woodie! Sorry for the blurriness, it was the best pic of Woodstock I took…

Then I tried their dark ride, Boo Blaster on Boo Hill which was cool, but had a wonky shooting system. I still manged to get the highest rank possible! 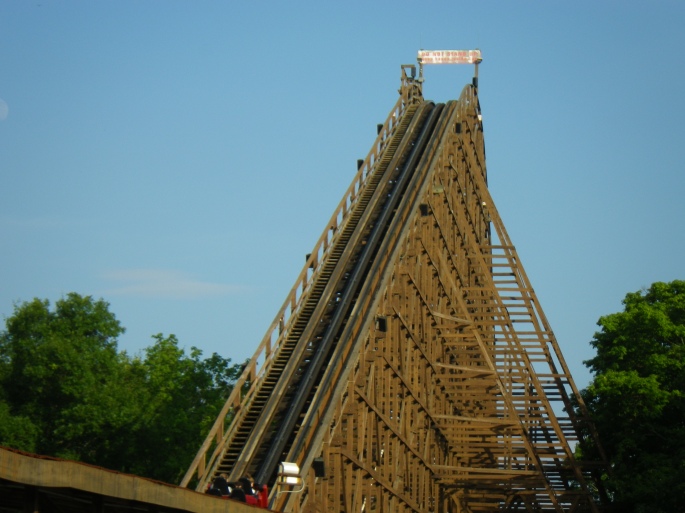 Then I went back to the Beast which I feel in love with! One of the best woodies I’ve ridden. Just wish it had less trims. There were some hills that could have provided decent ejector. 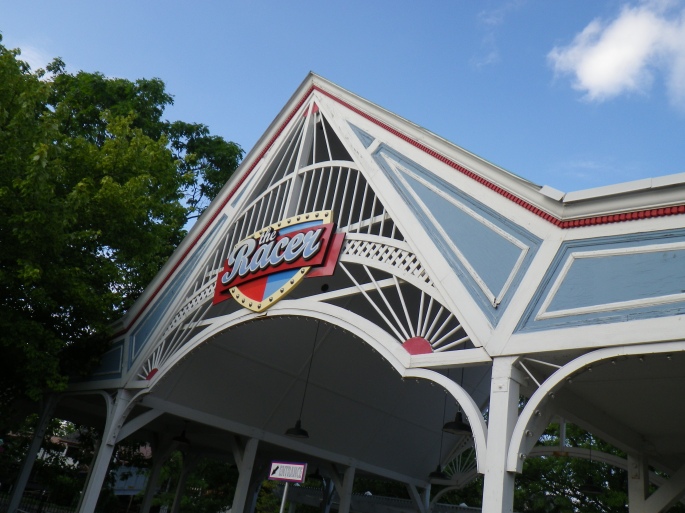 I rode the Racer after that which was a one and done kind of ride. Rougher than I thought it would be. 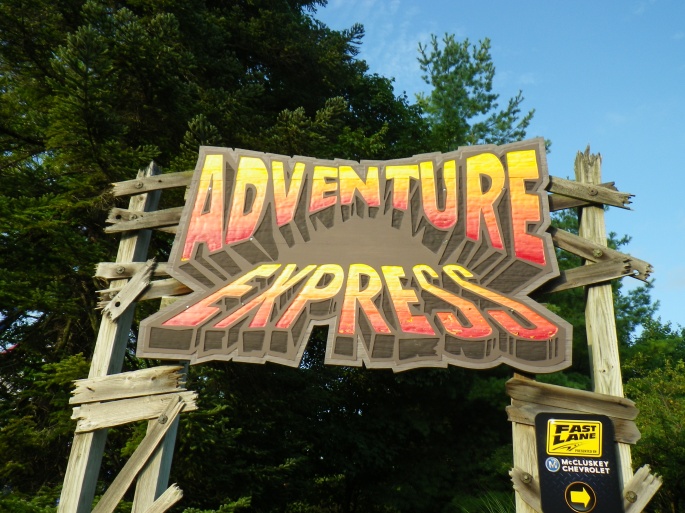 Then I went to the park’s mine train which was my last credit to get at KI other than the Pumpkin Coaster. This was one rough mine train, but oh was it good! Theming was through the roof on the last lift.

Then I went back to Banshee! I love the ride I think I figured out why it was so painful for me.

The reason I think it hurt is because I think my back is out of alignment. I realize this is what it mostly was when I found out I wasn’t walking in a straight line. The pain I felt on Banshee felt similar to the times it had happened in the past. So I can’t give a good a review to it until I can ride with enjoyment. Sorry guys… 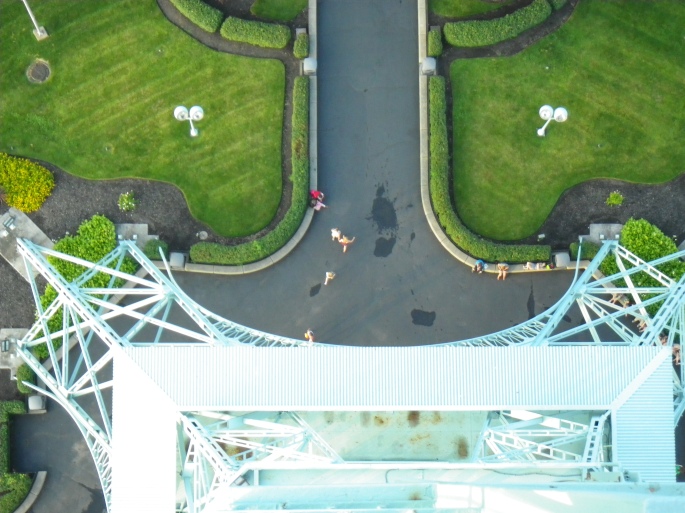 Then I traveled to the Eiffel Tower! Anyone saw this and jump a little. Sorry, I had to take a picture like this. Quite a drop isn’t it! Here’s some cool views from the top! 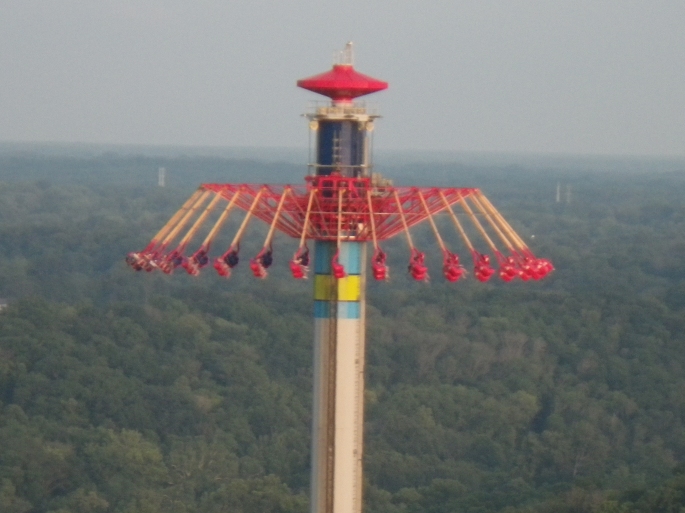 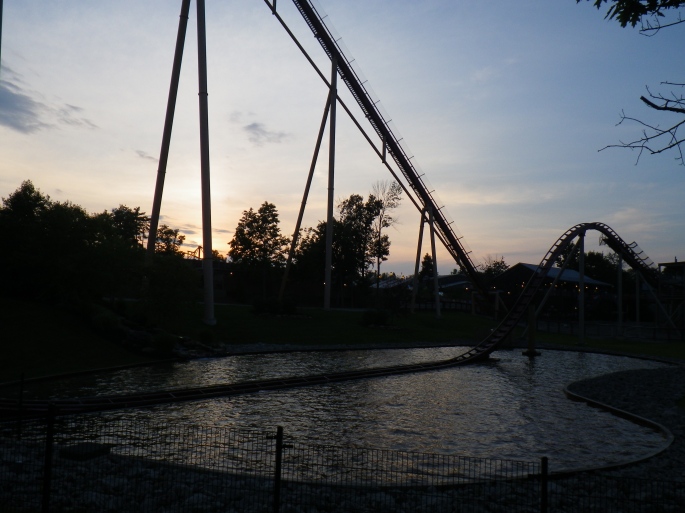 Now it was time for the night rides! 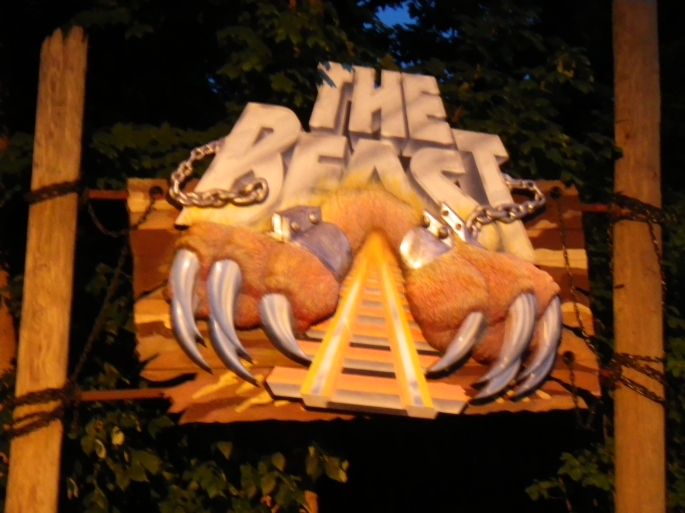 Night rides on the Beast were quite awesome. I love that you are in the middle of the forest at night. Just unbelievable!

Then I hustled down to Banshee! 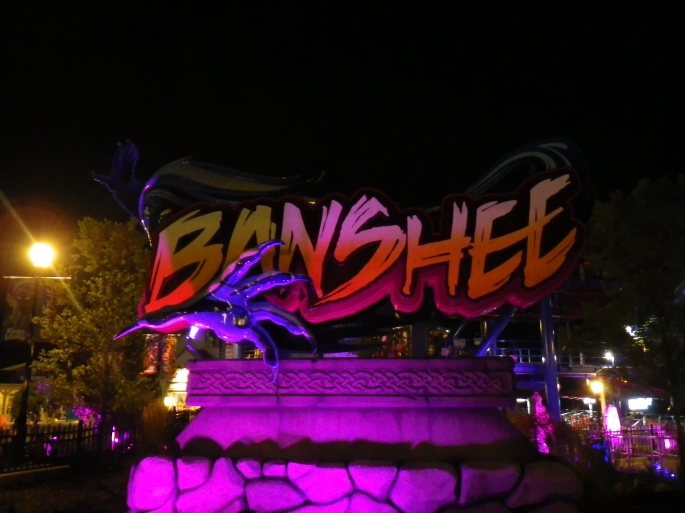 Besides the pain I got, a night ride on Banshee was fantastic! The lighting they had was perfect! Best lighting on a coaster I’ve ever seen!

Thanks for reading! Comment suggestions down below on how I can improve my trip reports!