I hadn’t been to USH in awhile so I decided it was time to head back! 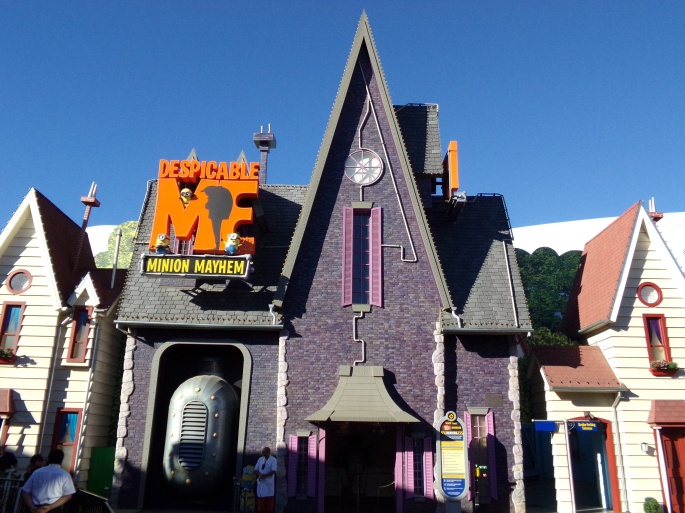 First off we hit up Despicable Me: Minion Mayhem! The ride was running terribly today! The first preshow just didn’t show up and they also only had the one theater with 2 of the 6 rows open! It was really weird and this shouldn’t have happened, but I was on the first ride of the day, so that was good…I guess. 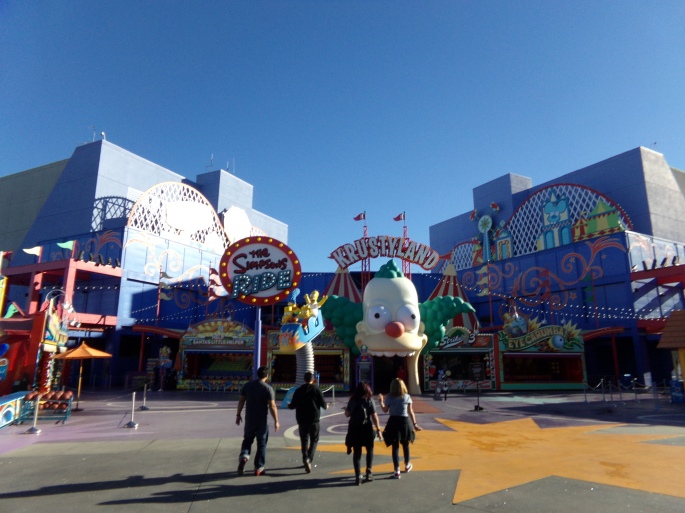 Next we headed to The Simpsons Ride which had NOBODY in line. The people infront (in the picture above) of us stopped to take a picture infront. Not a soul was in line! 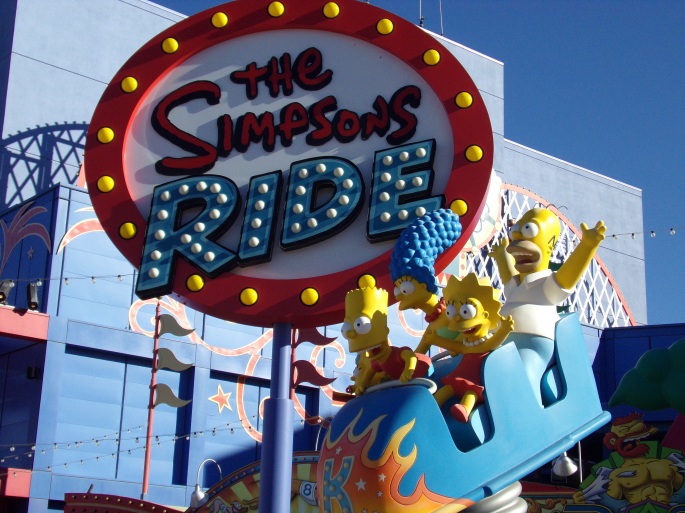 The first preshow didn’t play on this ride either…

Than we proceeded to the lower lot were you could a view of This is the End 3D…which was a terrible maze by the way.

On the lower lot we did Transformers were we got front row for once! And also everything worked on this ride for once. The screens weren’t surprisingly broken in any way or form this time!

Next we Mummy twice. First time I got row 2, but then I decided to go ride it again immediately by myself to try to get Mummy’s airtime seat…seat 4-4! There was nobody in the station so they let me ride in that seat! the ejector is super short pops, but are super intense. Premier airtime is short, but intense and I love it! Though it’s not as good as strong sustained airtime like on Maverick, I really enjoy what it offers, because Cali has like no airtime. So yeah, at least it has some good airtime!

Next up we did Jurassic, where we got the best row to stay dry. This was important to us, because it was maybe 9:00 am by now and still like 65º outside, so quite cold when drenched! Not to mention, the water was also cold.

The car drop prop has finally been hoisted to the top, but still not operating! I haven’t seen it go all season!

We were almost about to head home, but we did want to try Fast & Furious since I’ve haven’t done it since the preview for passholders.

On the tram I did see a Jurassic boat that was either just taken off or being put back on. But here’s what you don’t normally see…the part of the boat that’s underwater! 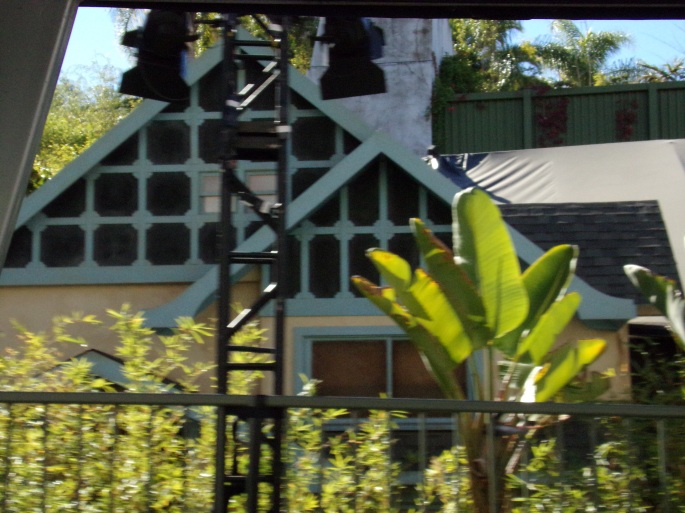 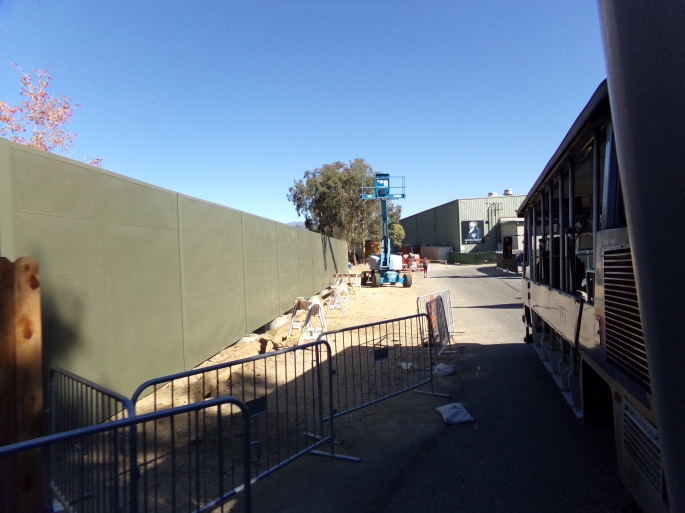 At the end of the tour, I didn’t expect the tram to go where Terror Tram is, but I was wrong. So we pretty much went around the maze.

You could see all the props and such laying around in the back of The War of the Worlds set. You walk through it at the end of the maze and you could clearly tell where the path was for it.

Finally we finished with Fast & Furious, before the tram ended! Love this thing! So awesome! 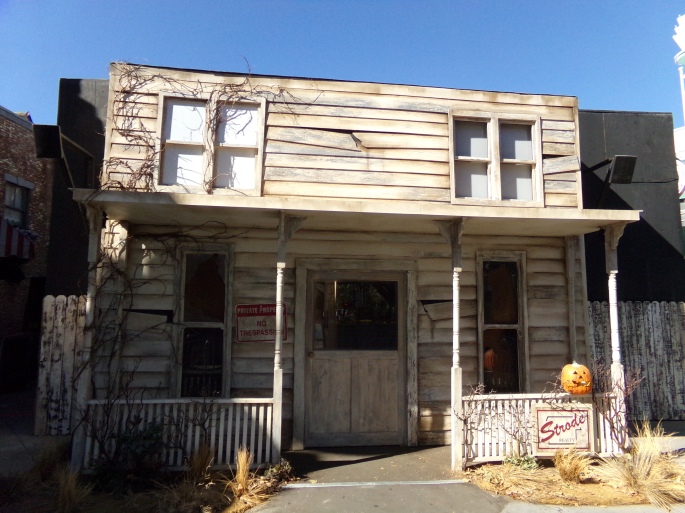 On the way out, I said my goodbyes to the best maze in SoCal…Halloween! Hope you return next year!