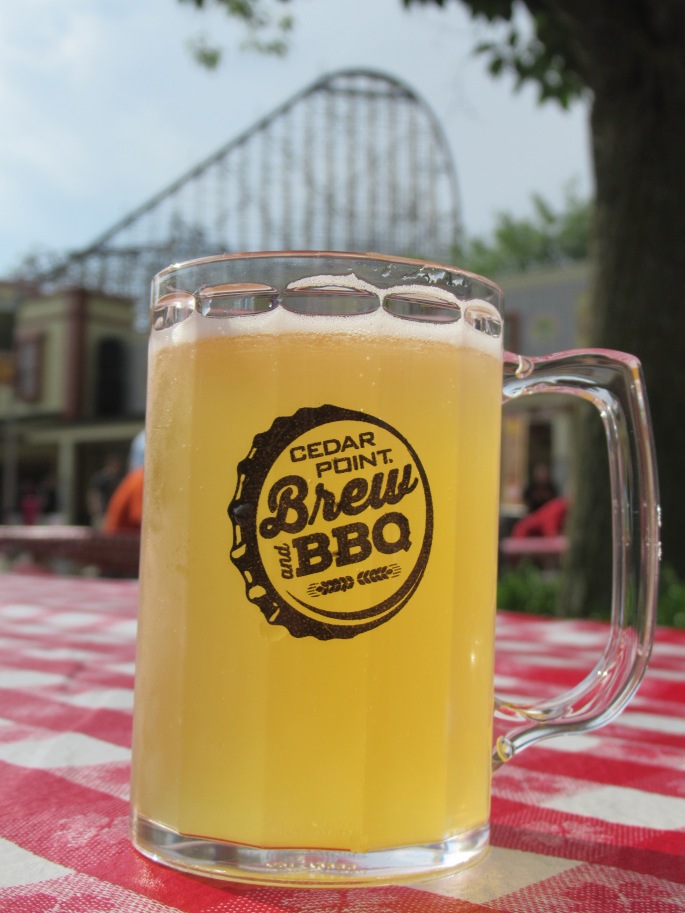 After work yesterday, we decided to check out the park’s current festival going on! Brew & BBQ is exactly what it sounds like! Get drunk and eat BBQ. Because I’m not 21, I won’t be reviewing any alcoholic items. I let my girlfriend who is 21 have the alcohol. So this will be a review of the food items available at the Brew & BBQ festival this year at Cedar Point! 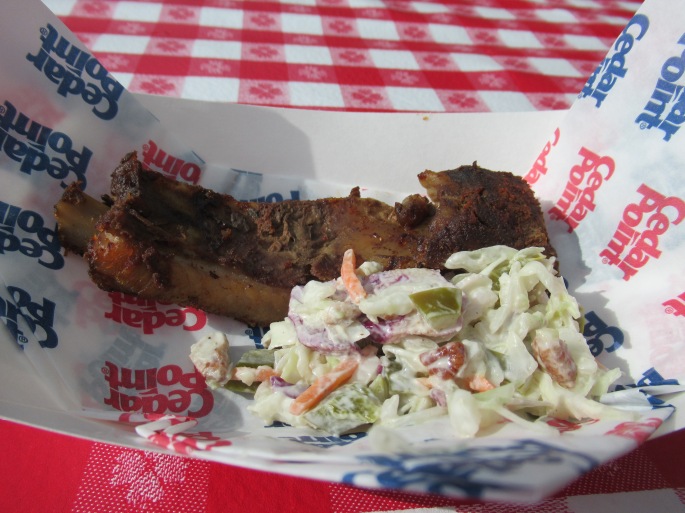 First up was the smokehouse ribs from the Taste of Kansas City! I got the dry rub version. The ribs were really good! The dry rub had a nice kick to it. The meat was little dry on the ends, but middle was decently juicy. 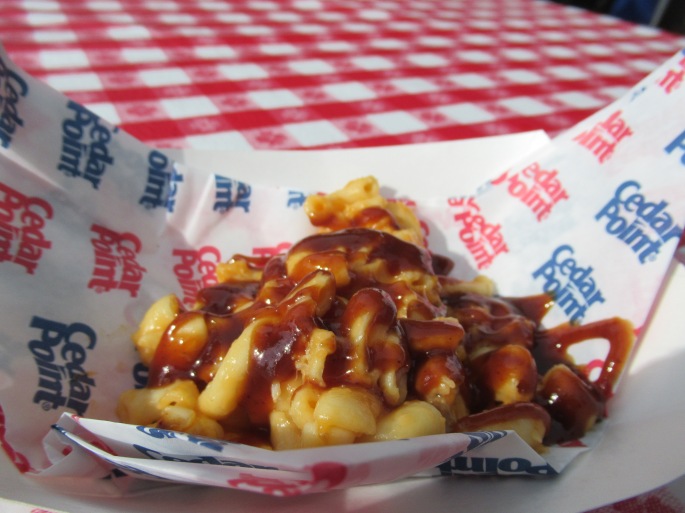 Also from the Kansas City booth was the pulled pork and bacon mac & cheese. They didn’t seem to put any pulled pork or bacon on it. My guess is that they ran out. By itself it was average mac & cheese just with BBQ sauce on top. 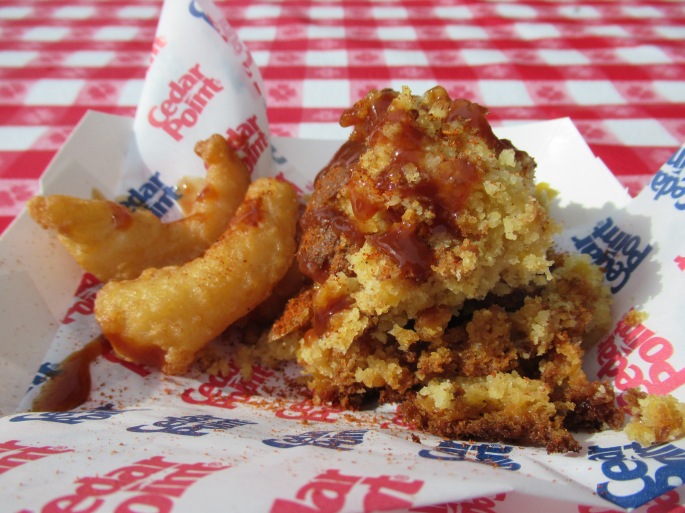 Next up, was the Taste of Carolina booth! First item from here was the spicy shrimp and Carolina spoon bread. The shrimp was basic breaded shrimp you get from the water park, but with a great seasoning on top! As for the spoon bread, its just cornbread, but it’s actually pretty good. I usually don’t like cornbread, but I actually liked this. 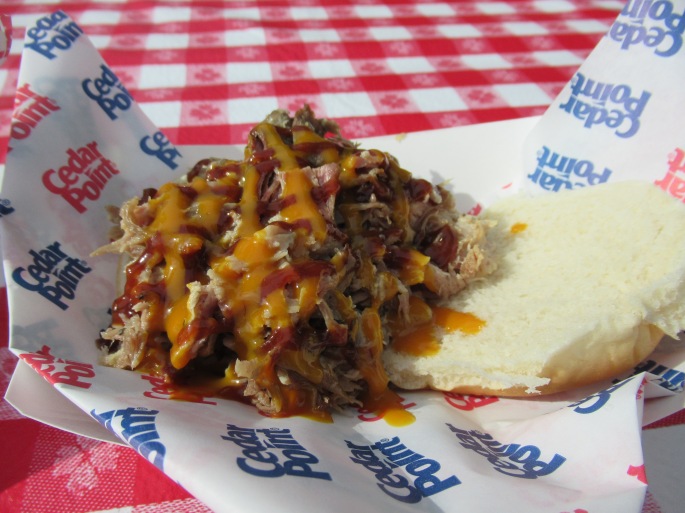 Onto the next booth! From the Taste of Texas booth, the first item was the Big Horn Kickin’ Nachos! The nachos themselves were typical hockey nachos, but with some awesome stuff on top! It had pulled pork, jalapeno salsa, and jicama on it. I had never heard of a jicama before. Apparently it’s a Mexican turnip. 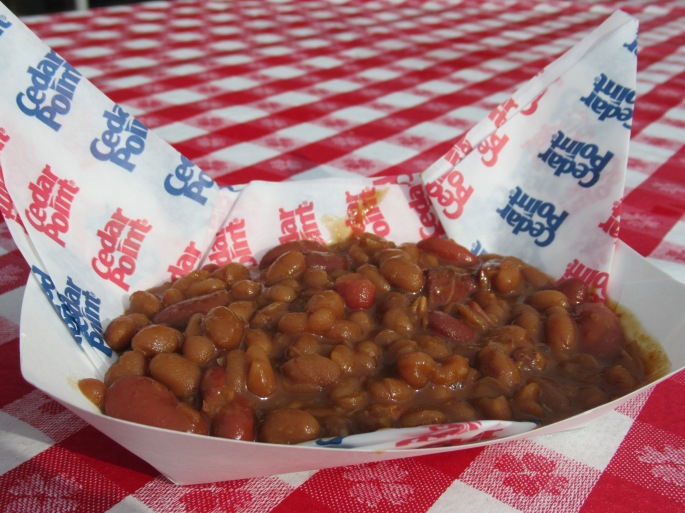 Also from the Texas booth was the three meat BBQ beans! Possibly the best baked beans I’ve ever tried! I’m a big fan of baked beans and these were just so good! I’m not really sure what kind of meat was in it, but it was just really good and not overly sweet like most baked beans. 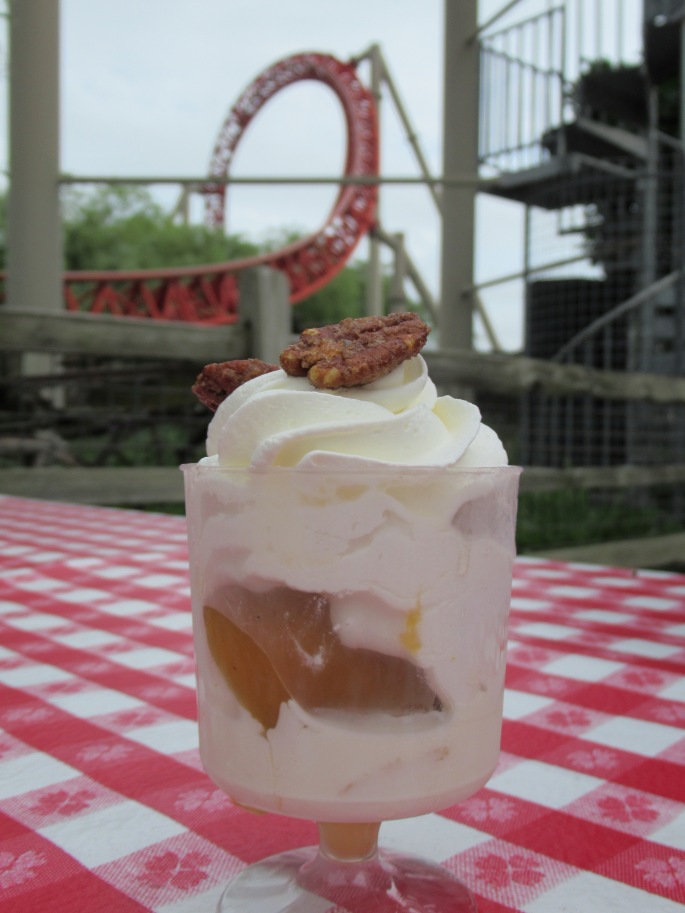 We wanted to try the dessert from the Taste of Miss Keat’s Sweets! We only tried one of the two items here. We tried the Peaches & Cream which was kinda bland. It’s basically just whipped cream with three slices of peaches in it. It looks good, but taste wise, was kinda underwhelming. 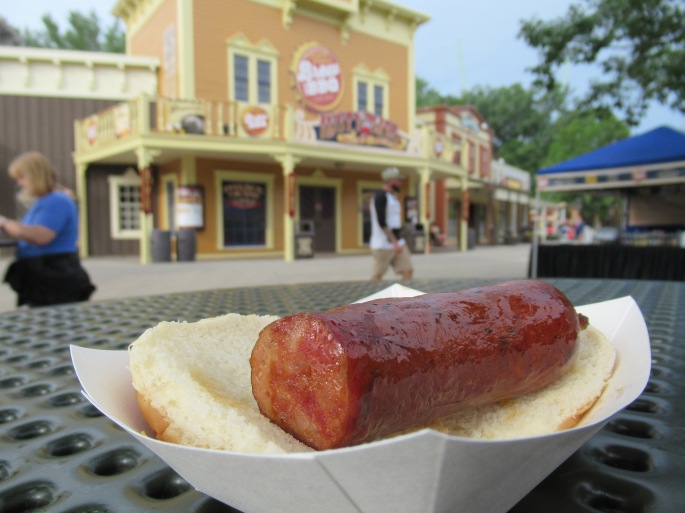 The last item we tried was the smoked sausage from the Taste of Memphis booth. These sausages were really good and had a nice snap when you bite into them. Also had a nice kick to them!

After using 8 of the 15 tickets on food, my girlfriend used the rest on beer. And what’s the best thing to do after downing 7 beers? 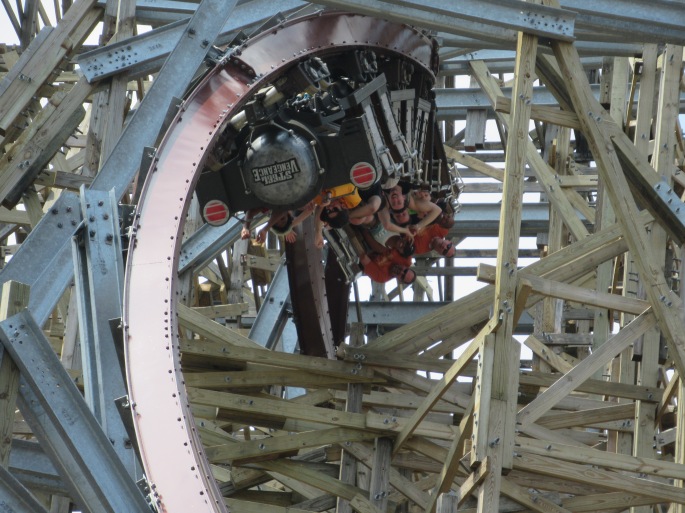 …Riding Steel Vengeance of course! Also just an FYI, Blackjack is back up and running!